Transparent coloured films are available in a wide variety of colours to compliment any design. The manufacturing process of these films make them perfect for computer-cut patterns, shapes and company logos. Coloured film can even be used for standard manifestation dots or squares. 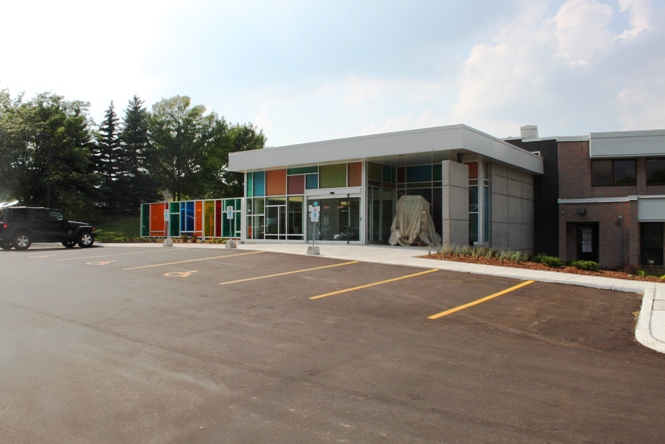 (above) ProMark Window Film & Blinds was contracted to install coloured transparent film at the Family and Children’s Services facility. The curtain wall clear glass partition of outdoor playground was filmed in bright colours. A second glazing was performed after the film application to protect the film.

(below) The existing glazing on the building itself was frosted glass to which we applied film, resulting in a colourful frosted appearance, enhancing the overall look and feel of the building. 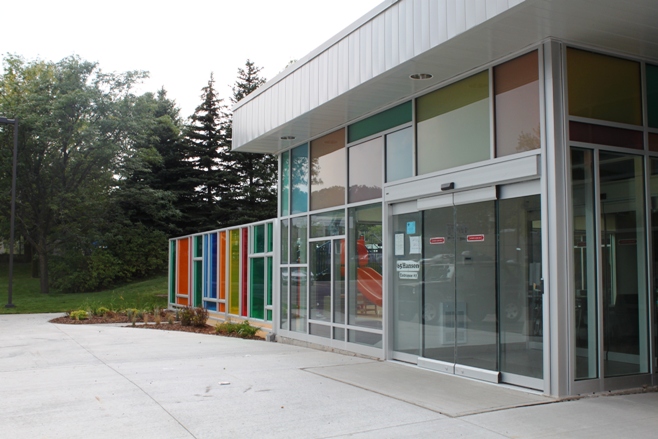 (above) Front entrance to the building, playground to the left of the entrance. 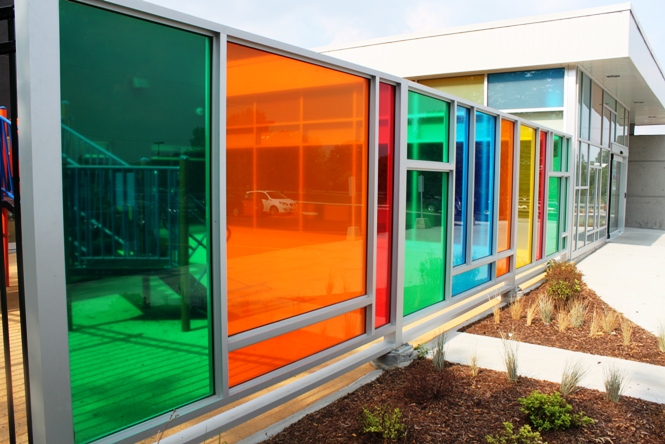 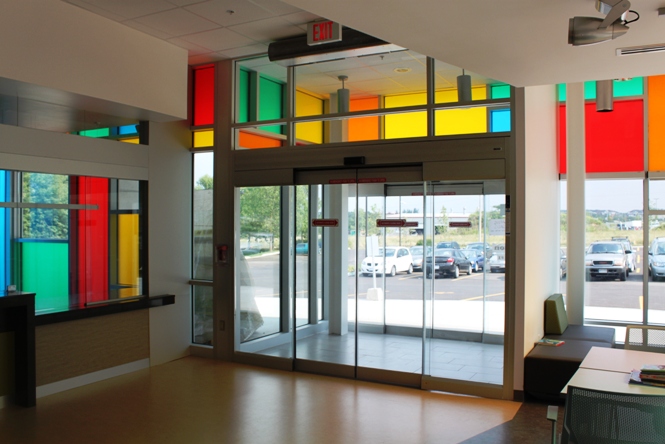 (above) View from the front entrance, showcasing the vibrancy of the coloured film on the frosted glass.

We are an energy star partner and are committed to selling energy conserving products to protect the environment.